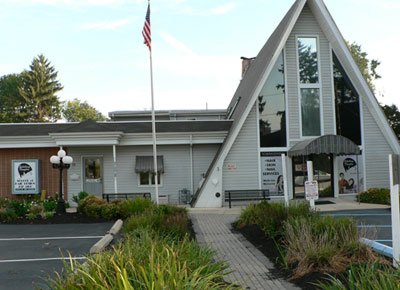 Founded in 1977 by Douglas David and James Schilling, Schilling-Douglas School of Hair Design was originally located on Main Street in Newark, Delaware.

Mr. David, a hairdresser since 1960 opened his first salon in 1962. He also attended Goldey Beacom College. Mr. David was educated in Philadelphia, New York, Toronto, London and Paris and was an award winning hairstylist. Mr. David was a licensed and practicing instructor at Schilling-Douglas School from its inception in 1977 until his unfortunate passing in late 2004.

Mr. David served on and was an instrumental participant on many boards and associations during his professional career. Notably Mr. David was a former director of the Association of Accredited Cosmetology Schools and a board member of TEC, Teachers Educational Counsel.

Mr. David and Mr. Schilling, both practicing hairdressers, shared a vision and desire to share their knowledge and expertise. Their goal was simple; give the most of themselves to their students so that they would have the knowledge and skill to become successful in the beauty industry.

Within a few short years of its founding Mr. David and Mr. Schilling attained what no other cosmetology school in Delaware will ever claim. Schilling-Douglas School of Hair Design officially became the first Cosmetology school to receive National Accreditation in the first State.

In the early 80’s the partnership split and Douglas David retained control of the Nationally Accredited, Schilling-Douglas School of Hair Design. Around this same time, Mr. David relocated the school to Amstel Avenue in Newark, DE. Formally a synagogue, our facility provided a unique appearance to many who inquire of its history due to the A shape roof line of our service area. 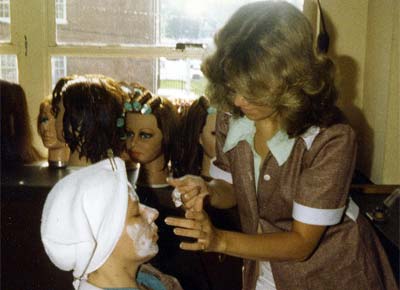 Schilling-Douglas School remained solely under the educating eye of Mr. David until the early 90’s when he welcomed his son Victor David as a partner and officer of the School. Victor David is a graduate of the University of Delaware and of the Schilling-Douglas School of Hair Design. Under this new partnership, Father and son worked together to propel Schilling-Douglas School to its current level of achievement. Most notably, the awarding of two consecutive Reaccreditations with Commendations from NACCAS (National Accrediting Commission of Cosmetology Arts and Sciences) for completion of our last two reaccreditations covering 12 years with zero findings. This is the highest honor given to an accredited institution and a clear indicator of sound business practices and educational programs.

In 2012, the school relocated to its current location at the Shoppes at Louviers on Paper Mill Road in Newark. This relocation enabled the school to expand and modernize its facility in order to better serve its students. Till this day the school remains focused on the same ideas which brought about its inception so many years ago.

Of course, all that we were, all that we are, and all that we will become is due to our students and staff. It is their dedication, hard work and achievement which have made our programs and school a success for over 40 years and will continue our success into the future.